Look at this – a list of the most used phrases in ICO whitepapers:

Even from your own whitepaper, by any chance?

It seems like anyone working in the blockchain field today inadvertently starts speaking in tongues – blockchain marketing lingo, to be exact – when faced with the challenge of explaining why the market needs their platform.

Prominently referring to features characteristic for blockchain systems, such as decentralization, disintermediation and the avoidance of potentially corrupt third parties, has not necessarily been a bad idea from the very beginning. Blockchain is an elegant, but not self-explanatory technology, and for years after the birth of Bitcoin, you could not safely assume that your readers were familiar with the features that make blockchain especially well-suited to certain use cases.

However, Bitcoin will soon be celebrating it’s 10th birthday, and even your formerly computer-illiterate uncle is now dishing out crypto investment advice whenever someone will listen to him. Decentralization and a trustless economy are as important in blockchain as ever – but they don’t differentiate your startup from thousands of other startups anymore.

When talking to startups at conferences, it’s not uncommon to hear something like: “We empower shopper communities to create a more wholesome shopping journey using blockchain technology and artificial intelligence. We’re currently in closed beta.”

That translates to: “Something something shopping with unnecessary complex tech. It’s not working yet.”

To keep the conversation going without needing to think about an insightful question, just go full cringe-worthy as well: “How is that different from Amazon?” 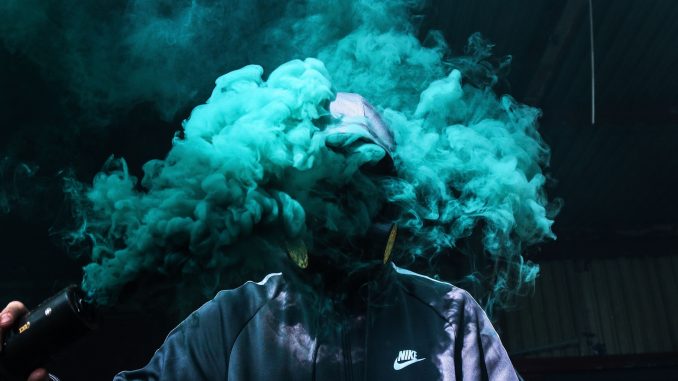 Stating in your whitepaper or website copy that your startup is building a platform that is going to be “decentralized”, that it will “empower the user” or enable “cross-border transactions” is a bit like the web designer who advertises her websites as “fully responsive”: In 2018, they better be – but that doesn’t give her an edge over all of her equally “fully responsive” competitors.

A thought experiment: What if you focused on the value that your startup brings to the market, completely forgetting about blockchain for a moment? Let’s even get so far as to try not to mention blockchain in your copy at all.

What would happen? Would your audience still understand what you do? Maybe even better? Do you think you’d still be attractive for investors? (To be honest here, only a subset of investors are by now worldly-wise enough so that hearing “blockchain” won’t make them more likely to open their wallets.)

For an idea of how this might work – and whether or not it would improve your startup’s promotional materials – check out, for example, the Trive website (we’re not affiliated with them in any way). Sure enough, they mention “global” and “decentralized” prominently on their website, but they refrain from beating you round the head with “blockchain” here and “crypto” there. Only when you open the whitepaper, you learn that their platform is blockchain-based (and you have probably guessed that already when you noticed that they have a whitepaper).

We think that the more established blockchain technology becomes, the less it’s necessary or even desirable to mention it in your marketing – and that in a couple of years or even months, explicitly mentioning your “blockchain”-based platform will be like inviting someone to check out your cool “WordPress”-powered blog.

Where Exactly on the Hype Cycle Are Cryptos?

I pondered this question for ThinkCoin – read my answer here at Medium. And what’s your take?

Question: What was the most popular smartphone app during the FIFA World Cup 2006 in Germany? . . . Answer: None. The iPhone was not introduced until 2007. This question illustrates how quickly new technologies […]

Tech Communication and the Curse of Knowledge

Our world is shaped by talented developers, software engineers, computer scientists — but many of them have a hard time communicating with a non-technical audience. The result: Mainstream folks remain clueless about many aspects and opportunities of […]