Ask us anything about ICO and blockchain whitepaper writing – and beyond! That was the purpose of the live AMA (“ask me anything”) we hosted in the sub-reddit r/icocrypto on Reddit almost a week ago. For all of you who couldn’t join us, we have compiled some of the questions, and our answers, in this article. 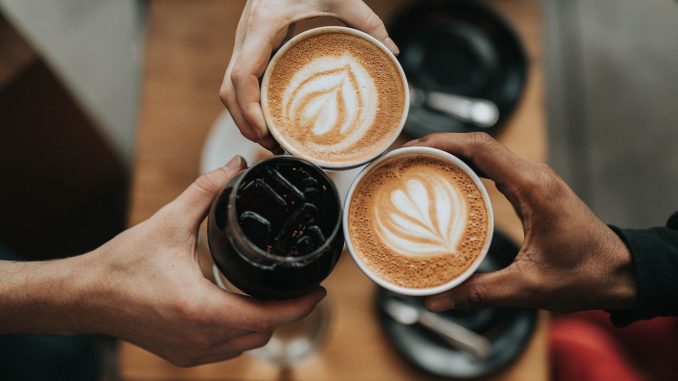 What is the extent of your input on the idea of the project itself?

We always give input, even if the client hasn’t asked us to. 😉 In order to present a project convincingly, we have to understand the technology, business logic and market. If we don’t understand one or more of them, we will ask questions until we do, and often the client notices in the process that some aspects of the business are not well-defined yet.

Also, market research is one of our services, so we can certainly give input about the market situation (however, we won’t do that for free as market research is quite a bit of effort). And I can bring industry expertise to blockchain in healthcare projects.

But for all questions that go beyond our combined expertise – such as detailed recommendations about the choice of technology, legal issues etc. – we will point that out and either recommend someone we know who has the required expertise, or ask the client to find someone in their own network.

Have you ever been approached with projects with poor ideas that you rejected or do you try to help them out in expanding their idea and what do you think is the most ethical thing to do in this case?

Sometimes, we are approached by people whose idea is in a very early stage of development. Sometimes I wonder if an idea is viable, but I will only ask questions and not judge it. I am sure many ideas that turned out great sounded kind of funny in the beginning. Here, our role is to be a midwife to the idea and bring it to paper as accurately and detailed as we can, not walk around discouraging people. 🙂

However, if there are tangible indicators that a project is shady and that the team is untrustworthy, we will end the cooperation. That has happened before – only very few times, though. And this is not really a difficult ethical question because in these cases, our self-interest coincides with the interest of users and investors – we can only lose (money and reputation) by working for shady outfits. Unfortunately, there is no perfect way to recognize an untrustworthy team early on, only certain indicators that may or may not point in the right direction.

When I see whitepapers written in poor quality English it usually is a red flag for investment. That said some of the best coders and projexts ain’t English! How do you find working with clients that speak a variety of languages?

The fact that English is the lingua franca in business and technology is indeed a disadvantage for all founders and coders who grew up with a different native language! But we’re doing our best to put our clients on equal (or better) footing than their competitors. 😉

You have to differentiate between two questions:

IME, it’s not. Most readers, and hence investors, will not notice the difference, and if they do, they won’t care. We are not writing essays or poetry that one reads for pleasure – we want to convey information as efficiently and clearly as possible. However, the paper still needs to grab the readers attention – we don’t want to lose potential investors after three paragraphs because we have bored them to death. But that has to do with the efficient presentation of facts and ideas that are relevant to the reader, and of enabling the reader to easily see that they are relevant for him/her.

In a way, this international business English is like Medieval Latin: It is doesn’t always conform to established standards, and it is looked down upon by some, but it does its job of enabling cross-border communication and trade.

– Does the WP need to be clearly structured and free of errors and typos (as much as possible)?

Absolutely. There are two reasons for this:

1.) Errors and a confusing structure can lead to misunderstandings and make it harder for the reader to grasp the project’s concept and potential advantages.

2.) Sloppiness in the WP correlates with bad project management. Badly written whitepapers suggest a project team that is disorganized, underfunded, in a hurry, or just wanting to get rich quick (or all of them).

I’ve also written about these issues recently for The Startup on Medium: https://medium.com/swlh/blockchain-whitepapers-not-your-grandmothers-english-3c41896fccb4

How do you deal with clients in various regulatory environments?

We can’t give legal advice, that’s for sure. 🙂

But the projects we are hired for are in very different stages of development. In some cases, there is already a legal team on board who have helped designing the tokenomics, for example (security vs. utility), and in these cases, there is often an existing legal disclaimer that we can use as one of the building blocks of the whitepaper. They will also review our whitepaper when it’s done.

When the founder hasn’t hired a legal advisor yet (and the founding team don’t have legal expertise themselves), we can point out based on our experience which sections are most likely to need legal review, which characteristics of the token design can be problematic from a legal point of view etc.

And if the founding team is looking for legal counsel, we can recommend good lawyers from our network in a number of jurisdictions.

How can a newbie get started in content writing for the blockchain space?

That depends a bit on where you’re coming from.

I had previously written whitepapers and other content for the infosec industry – the technologies are somewhat overlapping.

A few more thoughts on how to get started:

– IME, a background in technical writing or even any kind of technical education is not necessary. But a willingness to learn about different technologies certainly is. The technical specifications will usually be supplied by the client’s development team, but you have to interpret and present them in a way to make whitepaper readers (i.e. potential investors) understand the advantages and market positioning of the project you’re writing about.

– That also means that you probably shouldn’t start out trying to get whitepaper projects. Writing articles for blockchain news outlets will help you get acquainted with the terminology. But don’t work for $20 an article or something like that. Either you work for free (that way, your editor doesn’t have any power over you and you can choose yourself which topics interest you and whether or not you even want to finish an article, and when), or for a fee that reflects your efforts more accurately.

– I know that Upwork doesn’t have a good reputation among freelancers here on Reddit, but it’s how all of us on the Intellicore team got started. When you’ve become sufficiently confident and experienced (and have gathered some testimonials), you can move away from Upwork.

– Also, none of us at Intellicore Press are native English speakers, so I guess that’s not a prerequisite. 😉 We do work with a native proofreader, though. And I have often received job applications with writing samples full of typos and errors, so whatever language you’re writing in, please don’t be sloppy.

– That being said, you’ll probably have to work in English because most whitepapers in other languages are just translations. You can be a blockchain whitepaper translator, but that’s not my field of experience. 🙂

You’ll find more advice for writers starting out in the blockchain field in our Medium channel: www.medium.com/@intellicore.

Here’s the link to the original AMA.

Do you want to know anything about ICO whitepaper writing or about us at Intellicore Press that wasn’t covered above? Don’t hesitate to get in touch with us. 🙂

Freelance Writers: Is the Blockchain Niche for You?

The key to freelance writing success — as everyone and their uncle is telling us — is to find a profitable niche. Preferably one in which clients have money to spend and appreciate the value that a good freelancer […]

Promote Your ICO or Blockchain Project – and Help a Kid in the Process!

Here at Intellicore Press, we recently hosted an AMA (ask me anything) event over at Reddit, in the r/icocrypto sub-reddit: Community participants – that is, really anyone – could ask us questions about the art […]

The Secret Is: There Are No Secrets (Blockchain Edition)

What is the secret to a successful ICO? What’s the one thing you definitely need to know to make sure your blockchain project will achieve world domination – but that no one is telling you? […]

We use cookies to ensure that we give you the best experience on our website. If you continue to use this site we will assume that you are happy with it.OkNo, thanksPrivacy policy
Revoke cookies