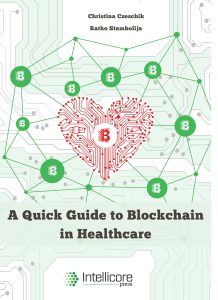 Fun fact: We at Intellicore Press don’t just write for our clients – we write for anyone with an interest in blockchain technology.

Case in point: “A Quick Guide to Blockchain in Healthcare”, first published in April 2017, has been a best seller in our publishing program since then. But even though the book is barely a year old, we felt that it needed an update badly – too many interesting new startups have entered the stage in the meantime, and projects that were underway a year ago have been successfully implemented. And don’t forget ICOs! While 2017 was the top of the ICO craze – but ICOs were not covered in the first edition of our book – we can now look back dispassionately and see that in healthcare too, there are ICOs that are worthwile, and some that are not. The updated edition therefore includes a short primer on ICOs, what they are and what they’re not.

And last but not least, again there’s a version for our German readers too: 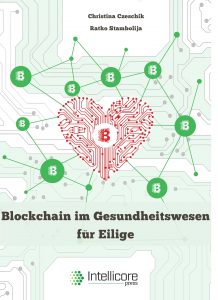 Where Exactly on the Hype Cycle Are Cryptos?

I pondered this question for ThinkCoin – read my answer here at Medium. And what’s your take?

When I first heard about Bitcoin, I thought it was impossible. — Jeff Garzik Blockchain: Hype, a niche technology, or the next internet? By now, blockchain is well on its way to maturity. Skeptics who […]

So You’ve Got a “Blockchain” Project… So What?

Look at this – a list of the most used phrases in ICO whitepapers: “Next-generation platform” “First project to unlock multibillion market of …” “Decentralized network that puts users in control/in the driver’s seat” “We […]