Let’s start with a question: What is your mother tongue, dear reader? Is it  Russian, Chinese, Spanish? German, maybe, or Dutch, or Swedish? Or is it Hindi, or Vietnamese? Indeed, these are all languages spoken by larger or smaller fractions of the global crypto community.

Or are you one of the lucky ones whose mother tongue is English?

If so – are you really so lucky? Let’s find out…

Right from the beginning of the crypto movement, one of its most attractive features in the eyes of its user and investor community has been its potential to cross borders. Algorithms don’t care where one jurisdiction ends and another one begins,and blockchain infrastructure have promised us a world in which the transfer of funds from one free individual to another, even across national borders, is as easy and as cheap as sending an email. This goal and all the projects aspiring to it are chronic pain points for local authorities and governments, as well as incumbent companies looking to defend their national regional and local sources of business.

But the promise of easy and accessible cross-border payment and collaboration has been stronger than the resistance of players in the conventional economy. Today, the community of crypto users and the community of ICO investors are global. Huge parts of the crypto community are located outside the English speaking world, for example in Russia, in China, in South America, and in various countries around Europe. 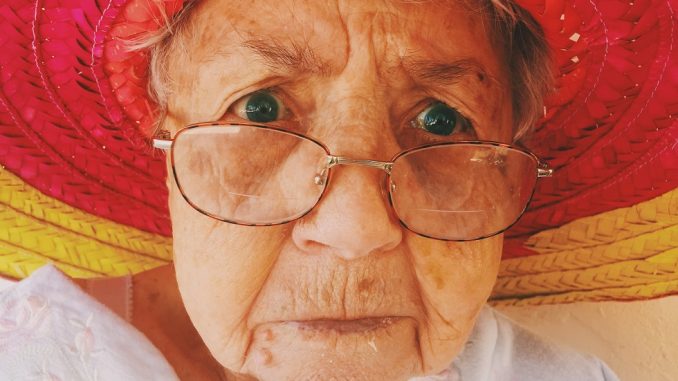 Photo by Alex Harvey 🤙🏻 on Unsplash.

Language is just a tool.

And as (most of) the crypto community are not high school students anymore, their main objective is not to speak the most beautiful English possible. Instead, the English language takes on a purely utilitarian role: Communicating in the most efficient manner possible to convey accurate information that will help everyone achieve their business goals.

In this environment the native English speaker does not necessarily have an advantage anymore: What is considered beautiful or proper English by native English speakers is not necessarily the best means of transferring information from one non-native speaker to the other. There are a few points that both native speakers and non-native speakers should keep in mind when striving for the best possible results in business-related communications and especially in crypto white papers:

Short words are not always better.

Many famous English speaking authors and editors have postulated that using short words with a Germanic root is stylistically better than using long words that have been imported from Latin or Greek: “To pick” instead of “to select”, “to do” instead of “to execute”, “to take in” instead of “to consume”, “former” instead of “previous”, or “to go on” instead of “to proceed”. This recommendation is not always valid in business communications such as whitepapers.

There are two problems with short English words of Germanic origin:

The first one is that many of these words have more than one meaning – consider, for example, the many possible meanings that the words “do”, “go” or “take” can have depending on context.

The second is that they are not easily recognisable by non-native speakers who are reading the word for the first time or simply don’t remember this specific piece of English vocabulary. Words of Latin or Greek roots, on the other hand, have often been imported not only into the English language but into other languages around the world. The native speaker of Spanish will easily recognise “seleccionar” in the English word “select”, and even a native Russian speaker will be reminded of the familiar word селекция, although Russian usually uses a different word for the verb.

It’s entirely possible that your readers are afraid of “missing the NEO boat”, or that they want to “jump on the bandwagon” of hashgraph or delegated proof of stake. If, however, they have a different mother tongue than English, they would probably not phrase it in this way, and perhaps not even understand what you’re talking about.

The same goes for allusions and references to popular culture: Maybe everyone in your country’s blockchain scene is a follower of a certain Netflix series or a particular Twitter account, but don’t assume that your readers have even heard of it. Your own Twitter account is a better place for in-jokes than your white paper.

When you are writing for an audience with the different native language and different language skills you can’t be a 100% certain that they were understand each sentence and every detail of your paper. Actually, this is even true for native speakers –  chances are that they are not completely focused on reading your paper but that they are at the same time thinking about their lunch or this morning’s movements in their crypto portfolio.

But you want to be understood even by someone whose relationship with the English language is strained, or by someone who is only giving your paper 20% of their current focus.

In order to achieve that you can keep the following tip in mind:

Tell them what you’re going to tell them…

then tell them what you’ve just told them.

For more advice on this, read on:

Our article “What This Ancient Roman Has to Say About Your ICO Whitepaper” at The Startup on Medium.

Tech Communication and the Curse of Knowledge

Our world is shaped by talented developers, software engineers, computer scientists — but many of them have a hard time communicating with a non-technical audience. The result: Mainstream folks remain clueless about many aspects and opportunities of […]

How to Structure a Pitch Deck for Investors

Your pitch deck is supposed to be short and sweet…while also including enough information to convince investors to give you money To make matters worse, everyone has their own opinion about what to include in […]

Promote Your ICO or Blockchain Project – and Help a Kid in the Process!

Here at Intellicore Press, we recently hosted an AMA (ask me anything) event over at Reddit, in the r/icocrypto sub-reddit: Community participants – that is, really anyone – could ask us questions about the art […]